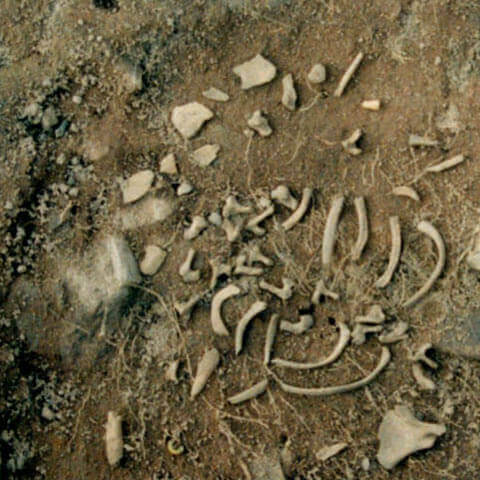 A neonate (newborn baby) with good to moderate preservation for such a small skeleton (vulnerable to damage whilst buried). No teeth are present and there are some patches of new bone on the vertebrae.

Infant mortality was likely very high in Anglo-Saxon Britain, with many infants dying in utero, during birth, or shortly thereafter from a variety of infections. 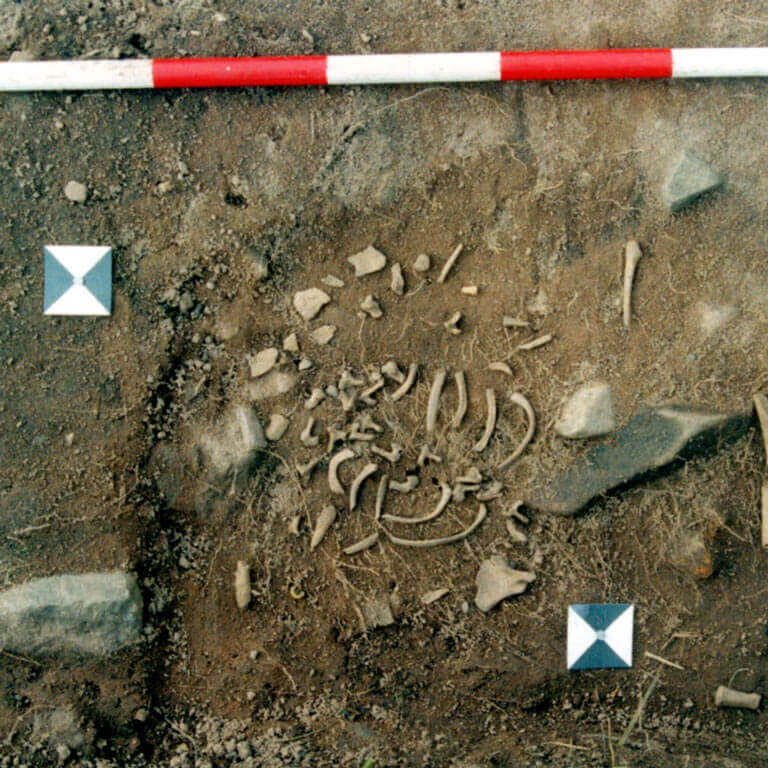 The archaeologist's drawing of unrīm

Where unrīm was found in the graveyard 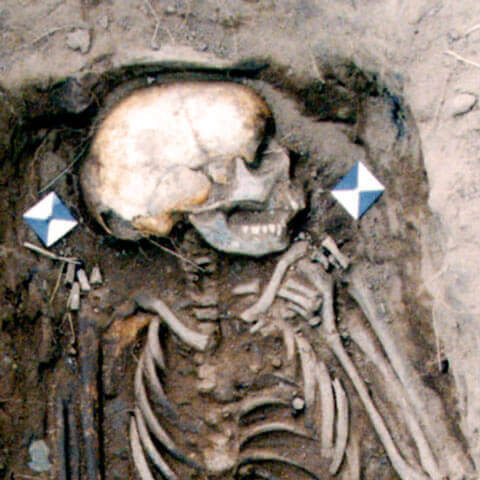 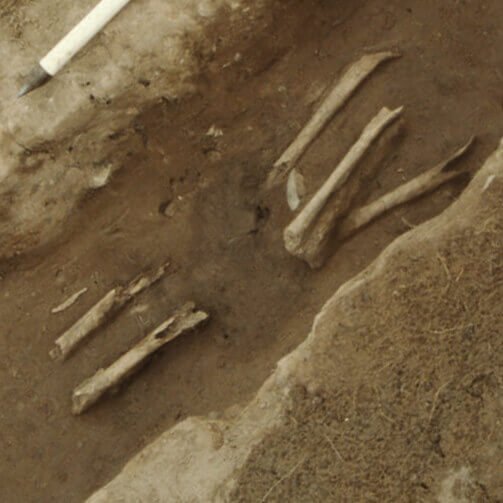