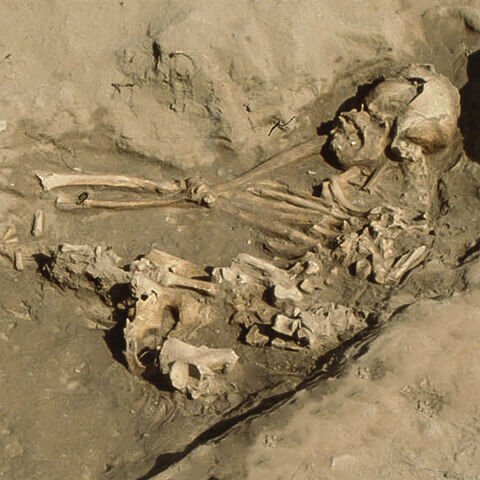 An older man with good preservation and 175 cm tall (5 feet 9 inches). Tooth decay, dental plaque and an infected tooth root were present. There is some degeneration to the joints of the feet. The main right big toe bone has polishing on one of its joint surfaces and an area of destruction (10mm by 6mm). A similar lesion is present on the left side although a little smaller (8mm by 5mm). Gout may the cause of these lesions, and the disease could have been active on the right side at the time of his death but healing/healed on the left side.

In Anglo-Saxon Britain, it is likely that if a man survived childhood, he could expect to live a fairly long life, at least into middle-age, provided he maintained good health and was not killed in battle. This man was a little above average in height for the period, and almost achieved his expected lifespan, indicating that he was well-nourished and had been in good general health. However, we should remember that humans are very good at adapting to challenging times! In common with many of the people buried at the Bowl Hole, dental hygiene appears to have been poor for this man, and the decay indicates sugar in his diet. He would probably have bad breath and toothache from the infected root and dental decay. The areas of bone destruction on his big toe bones are typical of gout, which is also indicative of a rich diet (especially alcohol and red meat). He would likely have experienced sudden attacks of severe pain in his toe joints, and his toe would have been swollen and felt hot and very tender, to the point of being unable to bear anything touching it. 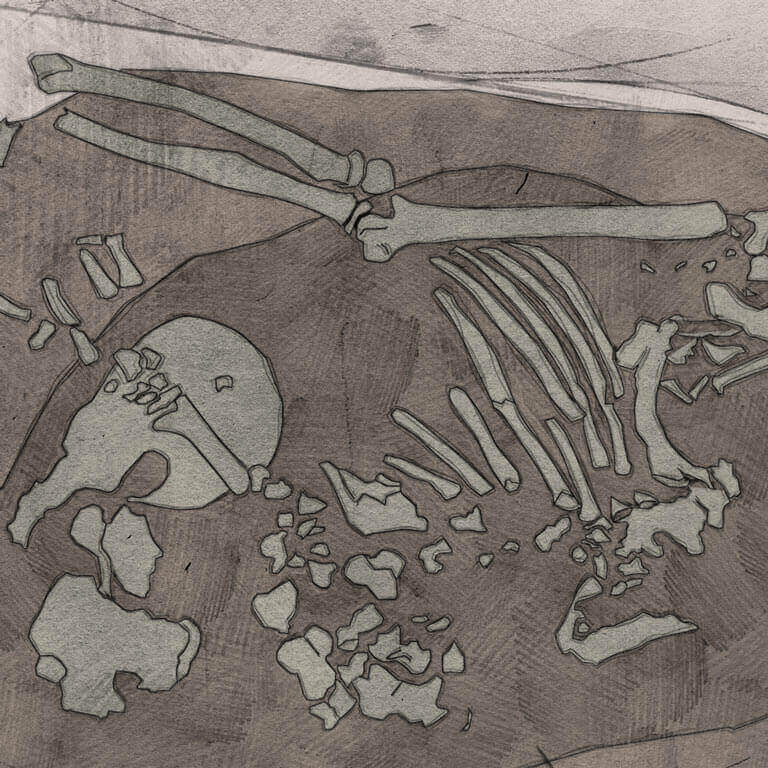 The archaeologist's drawing of Hlynsode

Where Hlynsode was found in the graveyard