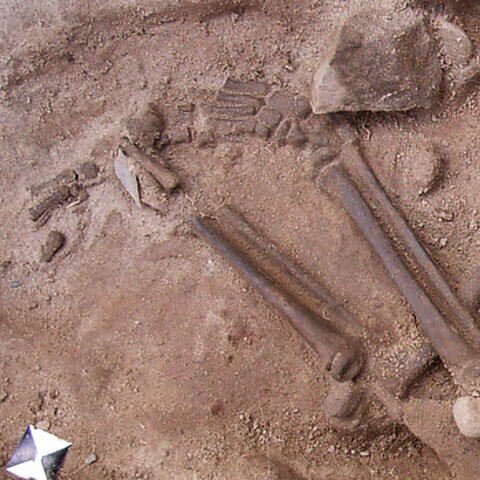 A 5 to 7 year old child with both milk and adult teeth present. Some tooth decay and plaque are present on the teeth, along with thinning of the enamel (enamel defects, or hypoplasia).

Child mortality was likely high in Anglo-Saxon Britain. This child probably died from a communicable disease (infection), but had they survived into adulthood, would probably had the dental problems that so many of these skeletons display. Poor dental hygiene and sugar in his/her diet are indicated, and a disease or dietary deficiency causing the thinned enamel. 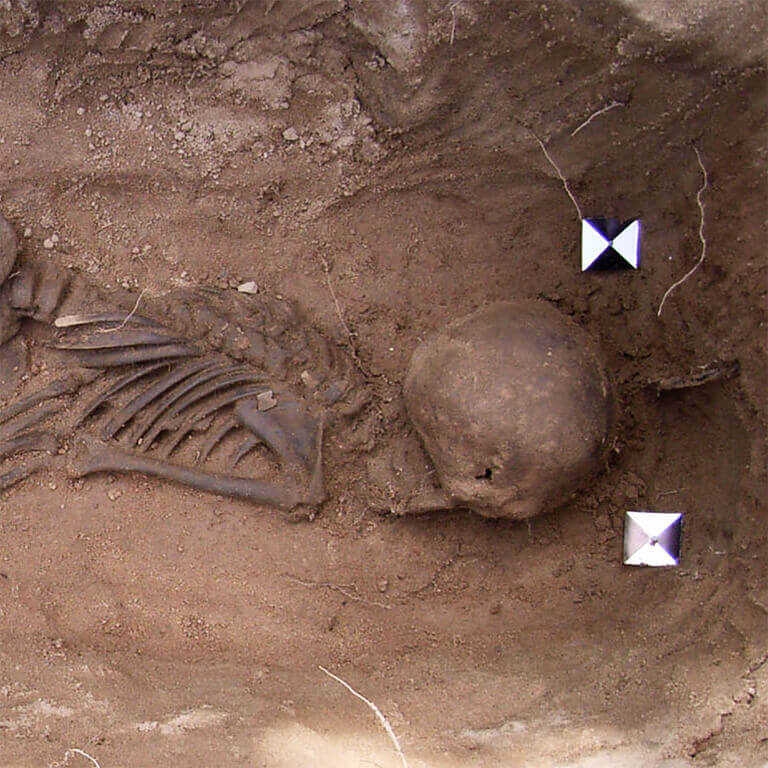 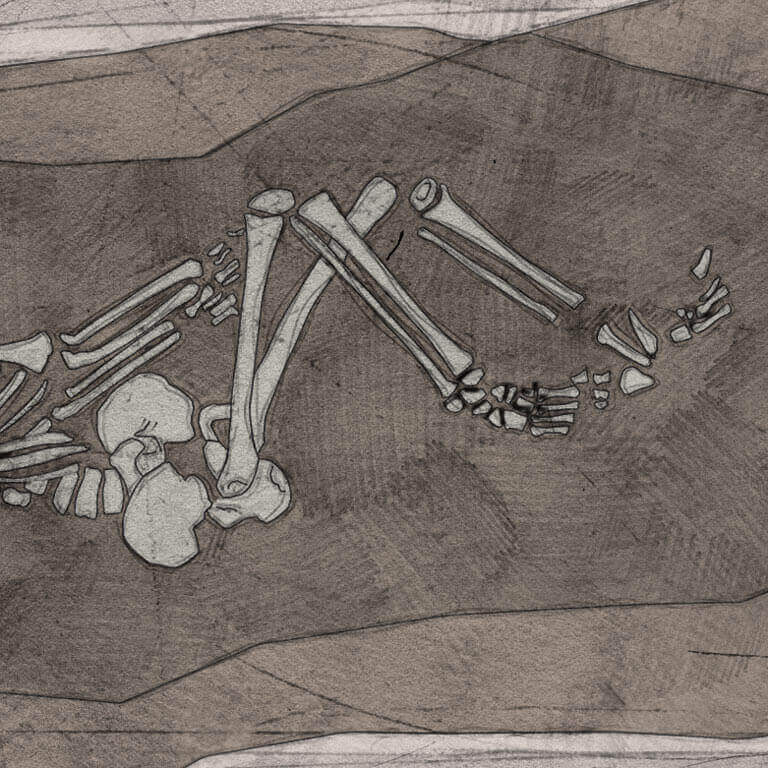 The archaeologist's drawing of Wīcing

Where Wīcing was found in the graveyard

Viking. Probably ultimately from Old Norse vik “inlet, cove or fjord” and -ingr “one who frequents”. Although possibly wīc “camp” in Old English. 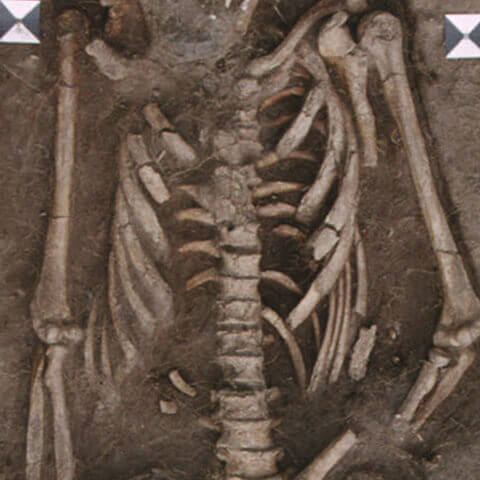 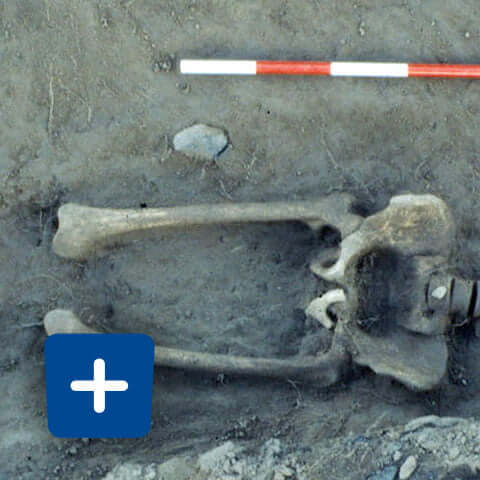 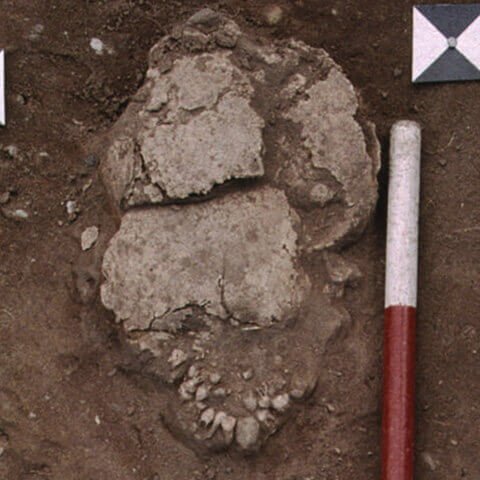