A middle-aged to older man and 159 cm tall (5 feet 3 inches). Tooth decay and plaque are present on the teeth and the front teeth are crowded. The right shin bone (tibia) has a small raised area on its shaft but no evidence of a bone reaction (new bone formation). This may be well healed soft tissue trauma. There is a possible remnant of a cyst (a fluid filled lump) with dimensions of 11.7 mm by 7.3 mm and 3.3 mm deep. It is present on one of the bones of the foot behind the fourth right toe. The lumbar vertebrae have depressions that also may be cysts on their spinal processes (bony projection off the back of each vertebra). Some are sharp edged and others smoother, and this difference could be because some were healed (smoother) and some were unhealed (sharper) at the time of death. There are also destructive lesions on the skull, perhaps all these lesions represent a systemic disease such as the spread of cancer or an infectious disease.

In Anglo-Saxon Britain, it is likely that if a man survived childhood, he could expect to live a fairly long life, at least into middle-age, provided he maintained good health and was not killed in battle. Although this man was below average height, this may have been because he inherited genes for reduced height, but his advanced death age suggests that he had been in good general health during his life. In common with many of the people buried at the Bowl Hole, dental hygiene appears to have been poor for this man. Tooth decay indicates sugar in his diet. If he had experienced cancer or infection, he would naturally have had symptoms associated with this illnesses. 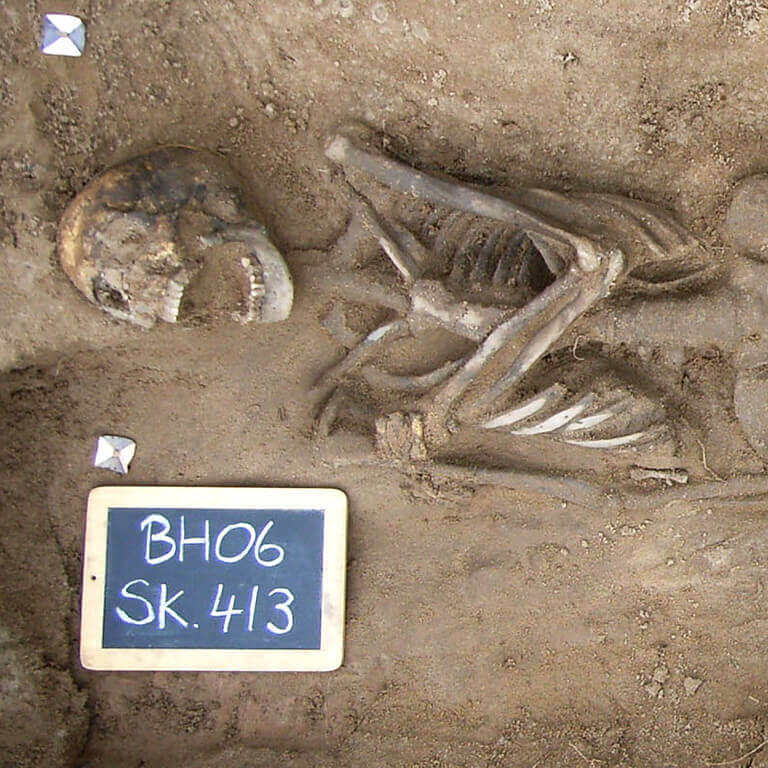 The archaeologist's drawing of Bolster

Where Bolster was found in the graveyard 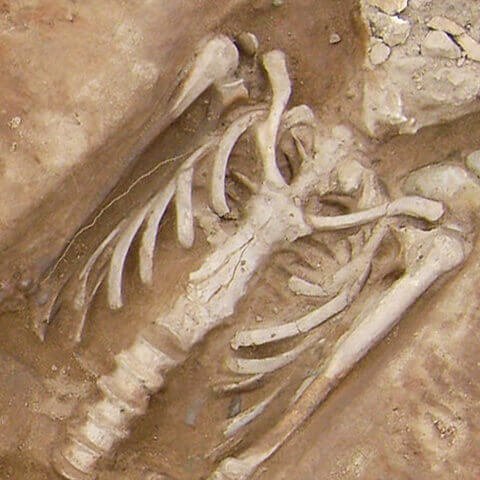